Passengers from the Norwegian Getaway cruise hit the ground running in George Town last week as part of their Run for Fun cruise tour. 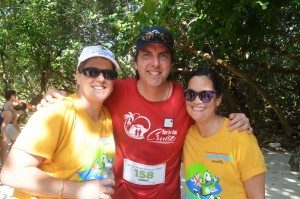 After the ship docked in Grand Cayman on Wednesday, 150 participants from across Canada and the U.S. embarked on a 3-mile race around Cayman’s roads.

“We really enjoyed having the Run For Fun cruisers with us today,” said Kelly. “Sports tourism is on the rise and something that the Cayman Islands is embracing. Runners love to travel, and Cayman is such a beautiful destination with a very flat running course pretty much anywhere on island.

“Having these type of groups frequent the island and enjoy themselves creates a word-of mouth promotion that will result in returning runners.”

Once the race was over, several runners lounged at the beach.

Hilda Hudson of Washington, D.C., who came in 52nd with a time of 31 minutes, 6 seconds, said, “The terrain and the heat has made it an adventure.” This was her first “run-cation,” she said. She ventured to go on the voyage with her friends Yvette Mozie-Ross and Leia Butler. 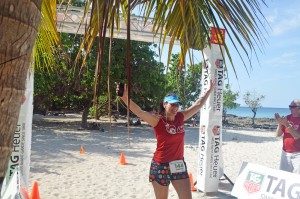 “I wanted a memorable way of celebrating my 50th birthday, and what better way to celebrate than to take a Caribbean cruise which incorporated running?” said Mozie-Ross, an academic administrator from Baltimore, Maryland. She placed 39th overall with a time of 29 minutes, 20 seconds.

Prior to this trip, which incorporated runs in Jamaica and Cayman, she ran in the A1A Marathon in Fort Lauderdale. She said she found Cayman to be “absolutely beautiful and picturesque,” adding, “I understand why my husband [a scuba diver] comes down.”

Agreeing with Mozie-Ross, Hudson described her first impressions of the island. “It’s beautiful, the landscape, the greenery. The people are pleasant, and I am looking forward to the local food.”

Butler, the 42nd female to finish, and 68th overall, dubbed the racing event as “something for everyone,” and highly recommends that others consider the package.

The Run for Fun Cruise Tours made its first stop in Ocho Rios, Jamaica, before stopping in Cayman. The liner then set off to sea, with Costa Maya and Cozumel, Mexico, being the next race destinations for the run-cationers. 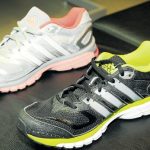 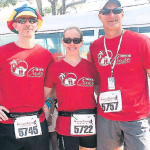